“Home – prices are rising faster than rents and wages. Yet, home ownership is still more affordable, as amazingly low mortgage rates that dropped to around 3% are helping to keep the cost of rising home prices in check,” Todd Teta, ATTOM Data Solutions.

TOP STORY: Eye of the Beholder

What decides a home’s value? Why do two nearly identical homes in two adjacent towns have a $120,000 difference in their selling price? For that matter, why did the house across the street linger for over a month with two price cuts in a hot seller’s market, while one in the next block had three offers above list in the first two days? There are a lot of ways to answer those questions.

Moving targets are not considered an acceptable risk by many buyers, and certainly not by mortgage banks, so housing stakeholders attempt, on several levels, to anticipate market value before buyers signal it, and to validate it afterward. Both buyers and real estate agents try to find similar properties that are either on the market or recently changed hands to get a sense of pricing. Appraisers visit the home and search property records to establish value and lenders are increasingly using automated property models to determine if a property’s sale price is reasonable measure of value.

But while, to a certain degree, home prices are in the eye of the beholder— or the buyer—there are many characteristics that influence a buyer’s willingness to spend $725,000 rather than less or more than that. What is tricky about this is determining cause and effect. Are prices higher because of a certain quality or does that quality exist largely because of home values. We will point to some of these chicken/egg/chicken situations in this discussion.

There are certain periods when home values are complicated by market factors. We saw this happen in 2008 when the lapsed and the over the last year has been a near textbook study of an opposite phenomenon. Record low interest rates have made it possible for more potential buyers to qualify for a mortgage even as home prices surge, stoking demand that was already high due to demographic factors. This, along with home building that only recently neared pre-Great Recession levels and a disinclination of homeowners to move on, has left inventories of homes, new and old, at record low levels. This has led to competition for the few available homes and, of course higher prices.

That mantra has appeared in a zillion real estate ads and its influence on home values is beyond dispute. It is also one of the factors that appraisers weigh when coming to their conclusions. Location can mean an entire region, a town, neighborhood, or individual plot of land. One location might support a high price because it is unique-ocean or lakefront access, a spectacular view, or nearby amenities like a golf course or ski run. Climate may play a role; there are reasons why overall values in Arizona and California have grown faster than in Vermont or the Dakotas. The general condition of the homes in the area and perceptions about health and safety also enter into location-related calculations.

Appraisers pay particular attention to three aspects of location: the— economy and employment opportunities, the quality of local schools, and the proximity to shopping, entertainment, and recreation centers. Employment and economic factors are especially important.

When almost the entire U.S economy tanked in 2008, so did home values, everywhere. But those places that recovered the fastest and now have the highest home values were those with solid employment and higher than average wages; San Francisco and the Silicon Valley are prime examples of this while whole towns in the Rust Belt illustrate the opposite. Where jobs evaporated, so did property values. Youngstown, Ohio, a former steel manufacturing center, is the most “affordable” metro in the country. Without sufficient well-paying jobs there is no one to buy a home.

It is not uncommon to find hundreds of thousands of dollars difference in the median price of a house in a town that has a highly rated school system and the median price in the next district over. There can even be differences within a district where one school is known to have better facilities or equipment, or another has consistently lower test scores.

Schools are one of those factors mentioned above, where the basis of value may be circular. Because schools are generally funded through property taxes, those districts with high home values are likely to have larger per pupil budgets to provide for teacher salaries, new buildings, and high-tech advantages.

Convenience also influences prices. Good local services—shopping, medical services, restaurants, recreation, and entertainment venues—all make an area more attractive. Extra points are given when there is easy access to these services and amenities via foot or bike. This has been growing in importance to the point there are real estate websites that calculate a property’s walkability score. Proximity to transportation, especially mass transit, has grown in importance as a value- added feature as housing has spread out into suburbs and exurbs.

If you want to break into the housing market but can’t yet afford your dream home, a starter home can help you achieve your homeownership goals. While many decide to wait until they can afford a “forever home,” a starter home offers the following benefits.

They are more affordable, especially at today’s historically low mortgage rates. And it will take less time to save a down payment.

They help build wealth. Equity can build through monthly payments and through home appreciation. There may also be tax benefits to save money and build financial stability.

They’re a long-term financial asset, providing equity for a down payment for a forever home or to keep as an investment property. Freddie Mac

ATTOM Data Solutions looked at property values in areas with access to Whole Foods, Aldi’s, and Trader Joes and found significantly higher values there than in towns with none of them. This is interesting, as was a similar study several years ago tying value to the presence of a Starbucks. However, this is another chicken/egg situation as area income (and thus homebuying capacity) are strong determinants of where at least three of the four seek to place stores.

Some location factors can cut both ways. Access to transportation is a big negative where interstate noise and pollution is a neighborhood constant or for a home with a commuter train track running alongside the back fence. Ditto a location convenient to services if those services include a round-the-clock business model, loud noise, or a lot of light pollution.

That isn’t always true, but home size is certainly a factor in value and is also more objective than many of the others. Price per square foot (psf) can be a useful tool to compare prices. A 1,900 sf home that sells for $725,000 has a value of $387 psf where another of the same size may have sold for $750,000 or $395 psf. With that established, a buyer can ask what makes that second home of significantly greater value.

The number of bedrooms and bathrooms is another way to measure size. It can also rule in or rule out groups of they don’t see their product flying out the door.

Of course they are. Sears once did it, now Amazon is purveying prefabricated and modular homes. They are mostly tiny, shipped free (again, of course), require assembly, and at first glance are very cheap. One model, a 172-sf cabin that supposedly can be built in eight houses, sold out. Other units, some as large as 1,000 sf, are suitable for summer homes, home offices, backyard studios, etc. and sell from $5,000 to $40,000.

But that is just for openers. In addition to a foundation, utility hook-ups, and land to put them on, most require some upgrades such as insulation to permit full time living. Catey Hill, Market Watch

The reasons so few pre-owned homes are on the market are more complex and even less prone to simple solutions. One key is the lack of mobility. For multiple reasons homeowners are occupying their homes longer than ever. With so few new homes or existing and affordable homes available, some are afraid they might be unable to find a suitable replacement home. Rising prices have exacerbated this situation. Some sellers are reluctant to trade in a lower interest rate mortgage payment for one that might be a stretch. There are even areas of the country where homes are still underwater, their owners locked into a mortgage. Other potential sellers may lack the equity that would provide a sufficient downpayment for a move up home.

While Millennials are the largest generation in American history, the Baby Boomers were the second, and as a group embraced homeownership enthusiastically. One would expect that they, with their oldest members now in their early 70s, would be making room for their children and grandchildren, downsizing, moving in with kids or into senior facilities. Instead, they are remaining in their existing homes, renovating where necessary to make it possible to age in place. Freddie Mac recently estimated that this trend accounts for about 1.6 million homes that have not been available for sale, equal to more than one year of construction output at the current rate.

The existing single-family housing stock also took a hit during the recession when investors acquired many distressed owner properties and converted them into rentals. Rather than small investors, it was corporations that scooped up hundreds of thousands of homes, buying them individually and in bulk. It was assumed they were playing the market and would sell when home prices recovered but few properties have returned to the market. Instead they remain in large portfolios after companies found ways to manage them and optimize the income they generate.

Tony Soprano’s New Jersey mansion can soon be yours—if you’ve got a minimum of $3.4 million to drop on it. No word on whether the fridge comes stocked with capocollo, or “gabagooi” as fictional mob boss Tony called it on the hit HBO crime show, “The Sopranos.”

The North Caldwell home where mostly exterior scenes were shot is being listed by its builder/owner. Oh, and about that price tag—it’s the “starting price,” the seller says.

The house was used as the home of Tony and Carmela Soprano during all six seasons of “The Sopranos.” NewYorkDailyNews.com

Is there a solution to the inventory shortages? Good question. It certainly won’t come from lessening demand. Freddie Mac estimates that, after years of lethargic construction about 2.5 million new residential units are needed in each of the next ten years to meet housing needs. That timeline is not random; demand pressures should then ease somewhat. Gen Z, much smaller than the Millennial generation, will be the chief homebuyers and Boomer homes must eventually come up for sale.

Real solutions will come, not because of persistent shortages but because of the ultimate impact on affordability. There are already studies underway proposing solutions such as funding rehabilitation of older homes to retain them in the housing stock. Manufactured housing is gaining acceptance with new and more resilient construction techniques and mortgage financing rather than chattel loans.

Builders are experimenting with ways to increase production and cut costs; factory construction of some housing components, shrinking home sizes, and eliminating amenities. Advocates are working to convince local communities to loosen building restrictions while builders are trying to work within them, building on infill lots and developing subdivisions that maximize land, and building accessory dwelling units (aka “Granny Flats”) where allowed. Much effort is going into training workers in trade skills.

We suspect that a better solution will come soon as builders recognize there is a real and enduring market for their homes and pick up the pace. The opportunities will be too good to ignore.

And shortages or not, right now there are still nearly two million new and existing homes for sale. You only need one. Are you pre-approved? 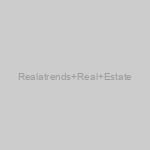