By most indicators, the American home market is in good shape. Al-though low inventory continues to be a problem in many markets, sales are fairly strong and prices continue to rise. Moreover, the economy is strong: More people are ﬁnding jobs, and that means more will be able to afford homes in the foreseeable future. Interest rates, meanwhile, remain alluringly low.

Despite this good news, many buyers, especially those in the first—time—buyers’ category, are expressing frustration with the housing market. According to a recent homebuyer preference survey of 1,000 ﬁrst-time buyers conducted by the National Association of Realtors (NAR), many buyers are feeling uncertain or even pessimistic about home-ownership. ln many cases, those survey respondents also felt uncertain about their own financial future, as well.

In our second story, we’ll dig deeper into the NAR survey in an attempt to get a better idea of why ﬁrst-time buyers are feeling skittish about “stepping up to the plate.” But first, let’s take a look at the market itself which continues to be on the boil in many parts of the country.

March was the 49th month in a row that home prices have increased nationally over year—earlier levels, according to NAR. That milestone says a lot about a market that keeps growing stronger. On a month-to-month basis, U.S. home sellers in March realized the highest home price gains, averaging 17% since December 2007, according to RealtyTrac.

“Home sellers in many markets are now seeing average price gains close to or above what home sellers experienced during the last housing boom,” says Daren Blomquist, RealtyTrac. “That should encourage more home owners to take advantage of the prime seller’s market and list their homes for sale this year.”

The inventory stow was different in Atlanta, which had a slender 3.1 months of supply in the ﬁrst quarter. The median price in the Georgia capital was $233,000, or 7.49% higher than the year-earlier figure. Sales volume also climbed 6.9% since March 2015.

Lane McCormack, president of the Atlanta Board of Realtors, says low interest rates, combined with strong employment ﬁgures, is beneﬁtting the local market. “Home buyers and those who wish to reﬁnance are seeing advantages in the low mortgage rates, unlocking numerous savings,” he says. “I believe low rates and positive employment forecasts will contribute to active buyer demand, median and average sales prices accelerating and a strong housing market” in 2016.

Inventory Shortages in Many Areas

Inventory, in fact, continued to be a national phenomenon in the ﬁrst part of 2016: The supply of homes for sale remained tight nationally, with 4.5 months of supply, or essentially ﬂat from March 2015. In contrast, a supply of six to seven months of sales inventory represents a healthy balance between homes for sale and home buyer demand, according to NAR.

Scarcity helps boost prices. RealtyTrac reported that nine Western cities were among the top 10 nationally upward-moving home values: That list starts with Sari Francisco (surely not a surprise at this point) with a mind-numbing 72% average (not median) gain (that ﬁgure includes both homes and Condominiums). followed by San Jose, (60%); Boulder, CO (53%); Prescott, AZ (51%); Los Angeles (48%); Denver (42%); Portland, OR (40%); Austin 40% and Seattle (38%).

The lack of inventory was big news in the 23-county area surrounding Seattle which makes up the Northwest MLS region. inventory fell by nearly a third in March from a year earlier. During the same period, in Denver, more than a quarter of the sales inventory dried up. Interestingly, Miami Beach was a notable exception to the national inventory shortage: ln the southern Florida city, inventory actually rose by nearly a third.

Regionally, prices in the West rose a moderate 5.9% to a median

“We ‘re seeing tremendous growth as far as our ﬁrst—time homebuyer segment. I think that’s one of the reasons why housing inventory has come down. So the low inventory is an effect—it’s not really going to be the cause. That’s really going to keep the housing inventory level clown, and that’s one of the reasons that we think home prices will continue to appreciate over the next few years…. First-time homebuyers are going to think about the same factors: Are home prices going to go up, what’s going to happen to income, what’s going to happen to interest rates? That should tell you that first-time home buyers want to come back into the housing market. I think the urgency is really building up in the housing market.”

Prices tended to climb sharply in markets where inventory was low. in King County, WA, a suburb of Seattle, inventory fell below the two-month level. in the same market, prices catapulted a startling 19.8% in first-quarter 2015. Ten other counties in the same MLS area, meanwhile, also reported double—digit price increases.

In Portland, Realtors had barely six weeks of sales inventory in the ﬁrst quarter.’l11at was the lowest level in the Oregon city since 1999. Prices soared 14.2% in the booming city, while sales volume crept up 4.4%. The median price in Portland was $285,000.

California was an example of rising prices and flat or declining sales. Prices rose 5% in Les Angel-as Metro in March from a year earlier, while sales volume was essentially unchanged year-to-year. In San Francisco, where median prices increased to a whopping $1.35 million, a year-to year increase of 6.7; the sales volume actually plummeted 17%! In the words of Old Mother Hubbard, “the cupboard was bare.”

Low inventory and bidding wars may be discouraging some buyers in competitive markets. it is important that homebuyers work with a Realtor, according to NAB president Tom Salomon of Coral Springs, FL.

“With low supply this spring-buying season it’s easy for buyers to get discouraged when their offer is rejected in favor of a higher bid.’ it’s important, he adds, “for buyers to stay patient and work with a Realtor to develop a negotiation strategy that ensures success without overstretching their budgets.”

Frank Wilson, immediate past board chairperson of the Northwest Multiple Listing Service recommends, “Buyers who are looking for houses cannot start looking at the top of their affordability range – they should look 15 or 20% below their limit and be prepared to go over list price if they have any hope of success.”

“After some volatility this winter, the latest data is encouraging in that a decent number of buyers signed contracts (this past spring), lured by mortgage rates dipping to their lowest levels in nearly a year and a modest, seasonal uptick in inventory. Looking ahead, the key for sustained momentum and more sales than last spring is a continuous stream of new listings quickly replacing what’s being scooped up by a growing pool of buyers. Without adequate supply, sales will likely plateau.” –Lawrence Yun, NAR chief economist.

Despite the good news by objective criteria, some homebuyers seem less than happy. Recent surveys from NAR reveals some buyers are frustrated with the home market and feeling uncertain about the economy. While many say they want to buy a home, but maybe not right now. A majority say they don’t want to settle for a home simply because it’s affordable.

Here are some highlights of the NAR Homebuyer Preference Survey for first-quarter 2016, comparing results with those from the previous quarter (4th Q,2015).

Fewer homeowners in the first quarter thought now was a good time to sell. Less than half of homeowners surveyed said they thought the economy was improving. Similarly, the percentage of homeowners with a positive financial outlook also took a slight dip.

Despite strong job growth, “there appears to be some uneasiness among households that the economy is losing some steam,” according to Lawrence Yun, chief economist for NAR, who observed that “fewer respondents believe the economy is improving, and a smaller share of renters said that now is a good time to buy a home.”

“The overall demand for buying is still solid” during the current sales season, he adds. “but home prices and rents

“The U.S. economic outlook is healthy. The GDP growth rate will remain within the 2—3% ideal range. Unemployment will continue at the natural rate. There isn’t too much inflation or deflation. That’s nearly a Goldilocks economy. There’s little risk of the irrational exuberance that creates damaging booms and busts… The biggest shift in,2016 is the impact of U.S. shale oil production. That reduced oil prices 25% in 2014 and 2015. The good news for the economy is that it also lowered the cost of transportation, food and raw materials for business, raising profit margins. It gives consumers more disposable income to spend….” —Kimberly Amadeo, About.com

outpacing wages. and anxiety about the health of the economy are holding back a segment of would—be buyers.”

Some buyers who want to buy in communities with a strong likelihood of growth may want to heed the results of another NAR survey, this one on the leading “boom towns” in America. Topping the list is Gilbert, AZ (85297), followed by downtown Los Angeles (90012), and Dallas (75201). These communities are leading the nation in new home construction, job creation and an increasing number of households.

The rest of the country is not doing so badly either. Existing homeowners, of course, are in the best position to reap the beneﬁts. “With home prices continuing to climb steadily and the inventory of homes for sale at a twelve-year low, it’s a great time to put your home on the market.” says Salomone of NAR.

For assistance in buying or selling in this tricky market, please call or email anytime. 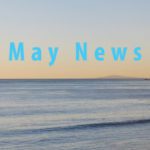 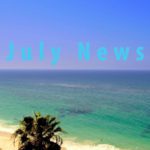