Improvements Can Affect Your Home’s Value

Homeowners commonly have two different goals in home improvements: The first, of course, is to make your home comfortable and attractive in the way you like it. The second goal, which sometimes contradicts the first, is to add market value to the house with an eye toward resale.

And there’s the proverbial rub in home improvements: Well-chosen additions and other changes can be investments that add value to your home. Less-well- chosen improvements, on the other hand, may actually make your home less attractive to buyers and cost you money at sale time.

It’s clear that not all homeowners are equally savvy about home improvements. Nearly every person who has shopped for a new home has stories about homes they might have bought if those properties hadn’t been spoiled by some oddball improvement. One couple in the San Diego area said they might have made a bid on one home that was perfect – except, of course, for the bright pink marble tile that covered the floors of every room, and some walls, as well.

Poorly chosen improvements, in fact, can erode the market value of your home, says a Massachusetts-based Realtor on his website. “Many homeowners incorrectly believe that every home improvement… comes back to them in the form of increased value. This is not the case and in fact, there are things you can spend money on that don’t … add value [and] can make your place harder to sell.”

Adding value to homes has become something of a science: One popular guide to value-added home improvements is the annual Cost vs. Value Report put out by Remodeling magazine. This report examines costs of doing 21 types of home-remodeling projects in 149 communities across the country. The dollar figures provided are based on estimates provided by real estate professionals.

A strong housing market doesn’t mean that sellers will get the best possible return on investment (ROI) for home improvements, according to Remodeling editor-in-chief Craig Webb. The 2018 edition of the value report, in fact, showed average ROI for home improvement projects dipping across all price ranges.

The reason for the decrease is not clear. The cost of improvements, including labor and materials, was higher than in previous years and may have eaten away some return.

Another possible reason, according to Webb, may reflect the strength of the current market, which is nearing its high point in some regions. With Realtors and other real estate professionals concerned about affordability across the country, some of those experts may “question the value of renovations that would make a house even more expensive at resale,” he says.

Improvements with the Highest Returns

Despite the high home prices and the rising costs, demand was strong in the past 12 months for home improvements. Much of the demand came from a string of natural disasters, including hurricanes in Texas and Florida and massive forest fires in California.

The improvements with the best returns in the past year were a garage-door replacement, with an eye-opening 98% recoup in value and exterior stone veneer, with 97.1% recoup in value, according to the Remodeling report. On the other end of the scale, adding a backyard patio offered the lowest return with a paltry 47.06%.

The conventional wisdom that kitchens and bathrooms are good investments remains largely true, even if other improvements provide a bigger return: The ROI for a major kitchen makeover is 59% compared to 59.9% for bathrooms.

Curb Appeal is For Real

Consumer Reports writer Daniel De- Clerico has some additional suggestions, such as maintaining or improving the “curb appeal” of your home, so it makes a good first impression. He quotes a veteran real estate salesman: “If people drive by your home and are not impressed they’re not going to walk inside.”

Adds another real estate expert: “You really want to convey a sense of welcome. If all your remodeling is on the inside but the outside of the house is challenging, you’ll never have a chance to even show the inside.”

Economy is part of curb appeal, not just beauty. Replacement siding is among the better-rated improvements, because it is low-maintenance, which is an important issue for cost-conscious buyers, which includes most people.

Adding a room or two can also be a good investment, according to DeClerico, “particularly if you live in a hot housing market.” He quotes a general contractor in the northern Virginia market who says he’s getting a lot of requests for additional rooms, including “everything from … a sunroom to doubling the size of the house.”

In fact, every 1,000 square feet added to a home boosts the sale price by 30% or more, according to the National Association of Realtors.

If you haven’t given much thought to selling your home this year, you might want to think again… Results of a survey of more than 2,000 adults, conducted by Harris Poll…show 31% of respondents expect 2018 to be a better year for selling a home than 2017 – and just 14% expect it to be worse. Despite the enthusiasm, only 6% of homeowners surveyed plan to sell their home in 2018. One real estate information company echoes these sentiments in its predictions for 2018, expecting inventory shortages to continue to drive the housing market. With too few homes on the market to meet buyer demand, prices increase and would-be buyers can’t afford the price or down payment needed to submit a winning offer. – US News & World Report

Much of the demand for additions is driven by homeowners who want more room but can’t afford the larger homes in their communities, according to the Virginia contractor. “Some of his clients had originally wanted ‘to fix up their home (and) put it on the market,’ but later changed their minds about selling.”

After looking for homes to buy and see­ing their prices, the couple “decided that instead of spending money to get it ready to sell, they’d add features to make the house more livable and stay put.”

One mistake that buyers make is to “over-improve” their homes so much that their properties may look awkward amid neighboring homes. Owners “risk possible resale problems when (they) upgrade too extravagantly,” says the Massachusetts Realtor.

“You may still be able to sell the home, but you may not get your money back if the renovations are too far beyond the standard for your area.”

Installing a $10,000 stove in a $200,000 house, for example, “just doesn’t compute,” says the Realtor. Nor “does it make sense to update your kitchen if your house is the only house in the neighborhood with just one bathroom.”

Although “curb appeal” and new appliances are definitely attractive to homebuyers, the property must first of all be safe and habitable. That means basic maintenance comes first.

“In the first year my husband and I lived in our house, we spent almost $20,000 on home improvements,” writes Kathy McCleary in HGTV.com. “When we set that money aside at the beginning of the year, we dreamed about granite counters and steam showers; what we ended up with was a new furnace, new gutters, a drainage system to keep the basement dry, new landscaping and lots of new paint.”

“At the end of that year as I wiped down my tacky Formica countertops and bathed in my 1950s seafoam green tub, I wondered if we had spent that money wisely. If we had put our house up for sale, would potential buyers have really cared about the dry basement and reliable furnace?”

Relocating Baby Boomers going into retirement later this decade will be the primary propelling force in both selling homes and buying replacements beginning around 2019. Their Generation Y (Gen Y) children will add to the sales volume at the same time as they find jobs at better pay levels and become first-time home- buyers. Gen Y influence will peak in sales volume at the end of this decade as they complete their shift from renting to owning. – FirstTuesdoy.com

For Low Maintenance, Not Luxury

The answer is a resounding yes. She quotes a Realtor from Rhode Island. “If the roof is leaking, buyers won’t get beyond that. I don’t care how awesome the kitchen is.”

“Buyers want to take the basic systems for granted,” says Sal Alfano, Remodeling’s editorial director. “They assume the roof doesn’t leak and the air conditioning and plumbing work. Maintenance can chew up a lot of cash quickly, and people are afraid of that.”

To be sure, fancy improvements have value, and kitchen and bathroom remodels remain among the best improvements you can make to your home. “They’re always right up there at the top of the list,” says Alfano. “They’re the big, sexy rooms that new home builders splurge on, so when buyers are shopping around that’s what they want in an existing home, too.”

Real Estate experts will always tell you that it is “best to be the lowest priced home in the neighborhood because of all the other more expensive homes will bring up the lower priced home’s value. Just the opposite occurs when you over improve for the area.”

Plus, he adds, make sure that any work that requires a permit in your community has actually gotten the official okays. While many homeowners attempt to “get away” with additions and other major work without getting permits first, this strategy “could cause you serious headaches when you go to sell your home,” says the Massachusetts expert.

The same requirement for permits goes for insurance coverage, he adds. If an unfortunate event results in you needing to file a claim, insurance coverage may be invalidated if you don’t have the proper permits.

Conclusion: “Not pulling permits is a blunder that should be avoided at all costs.”

Demand (for home buying) is there and you’ll be competing against a hoard of buyers for the rest of 2018. Corelogic expects 2018’s home prices will grow 4.3% by next December. The National Association of Realtors expects only a 3% growth in prices this year. Nevada, Texas, Washington, and Florida are the states with the best outlook, and perhaps the best places to buy homes or rental properties. The Bay Area, Portland, and Seattle areas saw the highest growth in prices last year while the number of listings fell dramatically in Central California, Oregon, Washington, and New York – Gord Collins.

Consistency is an issue overlooked by many home-improvement enthusiasts: Making the house appear to be in the same condition throughout all rooms and living spaces, rather than having one or two rooms conspicuously more improved than the rest of the home.

“When buyers look at a home, they usually consider the whole package…. Some homeowners get caught up in the idea of adding the perfect kitchen or bathroom and fail to see that the rest of their home only looks worse because of it,” says the East Coast expert. “Dumping your entire improvement fund into a single area could cause an imbalance, and that is something buyers are not willing to pay for.”

Homeowners might invest in a new kitchen, for example, “complete with gorgeous cabinetry, granite counters, and stainless appliances, but leave the worn linoleum floor that was installed twenty years ago.” It stands out like a sore thumb and negates much of what you have done to improve your home.

When Do-It-Yourself Is a No-Go

And although it may seem obvious, poor workmanship takes value away from improvements. While do-it-yourself projects can be fun, “they can also affect the value of your home negatively.”

“Crooked tiles in the bathroom and unreliable wiring in the finished basement are not selling points,” he says. “To make sure the additions you make to your home will add value …it pays to bring in a professional to do your renovations.”

Considering some home improvements to get your home ready for the market? Call us first. 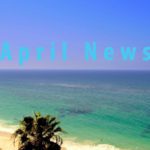 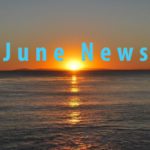