“If the homeownership rate for Millennials had stayed the same as previous generations, there would be about 3.4 million more home- owners today.”

Did You Miss the- Selling Season?

Sometimes it seems that the real world only exists from September to May.

Even if there are no kids or teachers in the house, back to school time usually means back to reality for most of us. It can also leave us wondering where the last three or four months went. And wasn’t there something important we meant to do?

Maybe you had every intention of finally buying a home. But lost in those lazy, hazy days was what is supposed to be prime home buying and selling season. The spring market, which actually hits its peak in the summer months, is the busiest period for the residential real estate market, in no small part because families with kids, whether they are buying or selling, want to get the transaction closed and their families settled before school starts in the fall.

Because buyer traffic is expected to be high, sellers are encouraged to put their homes on the market in spring, and because more listings are anticipated, buyers, even those without family and school concerns, pile into the market. Many sellers expect to buy once they have their current homes under agreement, so they are out there shopping as well.

It is a busy season indeed and there are stories, although they may be apocryphal, that it is nearly impossible to book a moving van on the business day falling closest to any May 31. While sales remain strong through the summer, listings do tend to start winding down.

The calendar says there are four seasons, but conventional wisdom seems to imply that for real estate there is only one. But you missed it.

Oh well, there is always next year and, if you don’t have all of your ducks lined up, you have five or six months to get them there. Check your credit report and score and use the time to fix any errors, pay down some debt which will improve both your score and debt-to-income (DTI) ratio, save more toward a down payment, and get preapproved for a mortgage. Maybe you were all set last spring, but those lazy, hazy days were just too distracting. In that case, keep everything on track, bills paid, pre-approval up to date, your Realtor on speed dial. March will be here before you know it.

Unless there is no compelling reason to wait.

The spring market becomes a somewhat circular self-fulling prophecy. Competition rises—and along with it stress—as buyers rush to see every home the minute it is available. Also rising, are multiple bids, and homes selling above list price. There is little question that the spring and early summer are the busiest months for buying and selling, but that begs the question. Why do YOU have to wait until then to buy? Biggest and busiest are not nec­essarily best.

We reviewed three years of existing home sale data from the National Association of Realtors (NAR), covering from June 2015 to May 2018, to see when buyers would have the greatest selection of available homes, sellers would enjoy the most competition over their listings, and whether spring and summer were particularly advantageous for either or both.

Raw inventory numbers aren’t much help in the current market because the supply of houses has been abnormally low for the last several years. As of this past May, the number of existing homes for sale had declined on a year-over-year basis for 36 consecutive months, precisely the period we investigated. In June 2015 there were about 2.3 million houses available for sale, the high point in fact for that entire period. By this past May the inventory was 1.85 million.

We looked instead at the estimated months’ supply of inventory. This data is a little cranky too as it takes into consideration both the number of listings and the absorption rate or pace of sales. A spurt or a drastic drop in either can wrench the following month’s number away from any trendlines. In mid-2015, at the beginning of our mini-study, there were a few months when the supply was just above or below 5 months, but the supply never exceeded 4.9 months after November of that year. Realtors have long considered a six-month supply to be a balanced market, although at this point few probably remember ever seeing one.

Marketing time has also been at an all-time low in recent years, setting a new NAR record in data going back to 2010 of 26 days in both April and May of this year. During the three- year span, marketing time ranged from 64 days to that recent low.

While the number of homes for sale diminished almost monthly, the months- supply and length of marketing time had their own distinct patterns. We calculated an average for each month across the three years and found the months-supply number started to build in March of each year, peaked in August, and then slowly declined, reaching the lowest point in December through February. Because of the tight and shrinking inventory the monthly averages remained in a fairly narrow range, 4.7 to 3.6 months, with an average of 4.2 months.

Henry Kanapi writing for FitSmollBusiness.com, also looked at home sales activity on a monthly basis, summarizing several studies by NAR, the Census Bureau, Federal Reserve, and others. He looked at more variables over a much longer period of time and his conclusions were more complex than ours, but regarding monthly sales activity his findings were nearly identical. Kanapi also looked at sales price, in particular the percent of sales that were over the listing price. The highest percentages, at slightly more than a quarter of all sales occurred in March, April, and May. The percentages began to decline in mid-summer and hit a low of 16% in December.

In addition to how long it takes to build one, results from the Census Bureau’s Survey of Construction illustrates how quickly new homes are selling. Looking at single-family homes completed in 2017, 31.6% homes were sold before construction started, 28.8% were pur­chased while under construction, and 11.3% sold within a month of completion. The paint was dry when 16.6% went under agreement. Of single-family houses completed in 2017only 11.6% were still awaiting a buyer in the first quarter of 2018. Na Zhao, National Association of Home Builders Blog

From a seller’s point of view, it is pretty clear that the theology of a spring into mid-summer market holds true. Those months are the best time to be selling a home. There are a ton of buyers, they are eager, and they act. However, these numbers point to a different situation for buyers and we aren’t alone with that conclusion. Both RealtyTrac and realtor.com point to April as the best time to sell, buy September and October are the best times to buy.

Fewer homes are coming on the market in the fall, but those that are there may have lingered for a while, accounting for the longer marketing time. Buyers are dwindling, and sellers may be getting antsy, a technical word for being more eager to negotiate both on price and terms. The pace is less frantic, there may be fewer multiple bids (as indicated by fewer homes selling above list). Buyers may also experience less pressure to forego sensible buying behavior, such as inspection or mortgage contingencies.

Our back-of-the envelope figures show that October in particular is a time when good things happen. Across the three years October tied with May in terms of the sheer number of available homes (an average of 1.99 million) and tied with both April and May for the month’s supply at 4.3 months. However, the marketing time was 44 days, compared to 31 in April and 28 in May. Kanapi also names October as one of the months when homes were least likely to sell over the list price.

RealtyTrac analyzed 32 million sales over a 15-year period that ended in 2015. They found that in October, homebuyers paid 2.6% less than the approximate market value for their homes. After October, they found the best deals are in February, July, December, and January, but in those months the numbers of homes and thus the choices are much fewer than in either September or October.

Several vintage and retro elements from the 1960s or even 1930s are oozing back into kitchen design. Remember decorative flooring? Hardwood flooring may still dominate new construction, but more renovators are opting for vintage black-and-white and patterned tiling that were once common in their parents’ or grandparents’ homes.

Retro refrigerators and other appliances are popping up too. One trend is bright colors, another is throwback styling which some manufacturers have available in white or stainless streel. Open kitchens provide space for dining nooks; built in tables and benches were must- haves in the 50s and 60s. Jamie Wiebe, Realtor Magazine

Perhaps camping, fishing, or going to the beach were the best strategies for coping with the spring market. But if you have defaulted to a more propitious time, here are a few strategies for making the most of it. You should be working with a trusted real estate professional, of course.

Start your house search by sorting possible homes by the length of time they have been on the market. There may be some overlooked gems— houses that weren’t marketed well, were priced too ambitiously, had been hard to access for showings, or have problems less visionary buyers couldn’t get past.

You might consider making an offer below the listing price or negotiating for a longer closing date or other concessions. The seller may be under pressure, perhaps he or she bought a house in the spring market or needs to relocate for work.

Make sure your real estate agent informs you immediately about any price reductions. Even in a slowing market competition heats up quickly on word of a repricing.

Be prepared to make concessions of your own. This is particularly true regarding timing. Sellers are often in a difficult position when they juggle both buying and selling and might reward a buyer with a flexible approach to closing. Just be sure your loan officer can accommodate unusually long or short closing periods.

The time to build a home held steady in 2017, at the same 7.5 month average as in 2016 according to the Census Bureau’s Survey of Construction. This includes a typical one-month delay after permitting. There were a lot of variables within that timeline; houses built on spec went up fastest, under 7 months, while owners acting as their own general contractors took 12.3 months. It took longer to build outside metro areas than inside, and location was critical. Building New England and Middle Atlantic homes consumed more than 10 months, and homes in the South Atlantic were finished in 6.4 months. The longest delay post-permitting was in the Pacific division at 39 days. Na Zhao, National Association of Home Builders Blog

Given the market characteristics we identified, sellers who will also be buyers may have to decide whether it makes the most sense to list in a strong market or buy when that is most advantageous. Some factors to consider are whether the house would be a quick sell under most circumstances; cream- puff condition, excellent school district, an attractive neighborhood. Priced appropriately such homes are prizes in any market. It might take time to find the right buyer for an offbeat house style or floorplan, on a busy street or needing significant improvement. The more buyers looking, the better chances of selling, and that may be the more important consideration. A seller might also consider listing in late summer with hopes of buying in the fall.

Real estate has its cycles, but in the end it is always the season to find the right home and make the best deal for your circumstances. Give a call….soon! 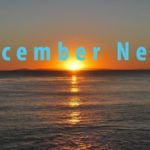