TOP STORY: No Bubble to Pop?

People who like bubbles can find them in a glass of champagne, or perhaps a bottle of seltzer water. Nostalgia buffs can watch ancient reruns of The Lawrence Welk Show, taking pleasure in the celebrated bubble machine that operated behind the orchestra.

One place people are unlikely to find a bubble, however, is in the housing market. Despite the unfounded fears of some non-real estate professionals, the market has strong economic winds at its back. As the tough old alley cat says in Don Marquis’ humor classic, Archie and Mehitabel, “there’s life in the old girl yet.”

A classic housing bubble could be defined as the collapse of a market in which prices are over-valued, for some reason. As in the famous tulip bulb craze in 17th Century Netherlands, over-enthusiastic investors convince each other that a certain asset will soon become very valuable. With this belief, investors willingly pay above-market prices for homes, expecting prices to climb yet higher.

As long as investors are willing to pay inflated prices, the market madness continues and values spiral. When the inevitable occurs and those prices plummet, the same investors are almost frantic to sell off their formerly prized investments at a discount, in the hope of limiting their losses.

At that point, there is a race to the bottom, with one investor trying to undersell another, just to get rid of the asset and limit his or her losses. The market tanks.

Bubble mentality was partly to blame for the housing crash of 2008-09, according to a paper by Jeff Holt, an economics professor. He names four causes of that market meltdown, including low mortgage rates, low short-term interest rates, relaxed lending standards, and the “irrational exuberance” of investors, including many foreign buyers, who believed home prices would never fall.

While prices indeed fell across the board in the recession, certain markets, notably Las Vegas, South Florida and Riverside County, CA, lost far more value than others. Those huge collapses in home prices suggest those markets were particularly over-valued.

When lenders effectively closed their doors to homeowners, however, millions of people found themselves saddled with mortgages they could neither afford nor refinance. “The reason that (2000-2005) was a huge nasty bubble is because a lot of people were borrowing money they couldn’t afford to pay back,” says Thornberg.

As a result, about half the housing market was comprised of homes either in delinquency or foreclosure by 2011.

The current market is a different story, however, according to David Blitzer, managing director and chairman of the Index Committee at S&P Dow Jones Indices. “Housing is not repeating the bubble period of 2000-2006,” he says in a July report.

Even more emphatic is Christopher Thornberg, a founding partner of Beacon Capital. “To me, there’s nothing in these numbers that smells (like a bubble), that walks like a bubble.” Far from a collapse in consumer interest, in fact “we don’t have nearly enough housing to meet the demand,” Thornberg tells the Orange County Register.

G.U. Krueger, president of Krueger Economics, told the Orange County Register that talk about a housing bubble “is starting to raise its ugly head.” Some of that is “cocktail party talk,” he adds. “It doesn’t mean there is a bubble. The problem with this talk is it could affect expectations…. People will start to question whether to pay the prices the housing market is asking for. There could be more negotiation…But I don’t think it will result in home price declines.”

Keep in mind that predictions of the real estate markets, like any other kind of economic forecast, are sometimes proven wrong. There are no guarantees of future real estate performance. Economists base their opinions on how markets have behaved in the past.

Differences Between Recession and Now

So what makes 2017 and beyond different from the recession years?

One reason is that the recession was an entirely different kind of market. As mentioned earlier, many owners had bought homes with risky mortgages. Worse, many of those owners did not have the financial strength to pay for those mortgages, especially when deceptively low “teaser rates” on adjustable mortgages suddenly ballooned into high rates, often in the fifth year of the mortgage.

Blitzer lists some additional differences between pre-recession days and now: “Price increases vary across the country, unlike the earlier period (of 2000-2006) when rising prices were almost universal.”

The latest statistics paint a picture of a home market that is expanding, but not skyrocketing, in value. (All statistics cited were the most recent when this report was prepared.)

In May, the S&P CoreLogic Case-Shiller U.S. National Home Price NSA Indices reported a 5.6% annual gain. The 20-City Composite, a snapshot of the nation’s most active markets, shows a 5.7% year- over-year increase. That’s healthy, but not out of control.

Among major cities, Seattle, Portland, and Denver reported the highest year-over year gains, with Seattle out in front with a 13.3% annual price increase, followed by Portland (8.9%) and Denver (7.9%).

Las Vegas is a particularly impressive example of recovery. During the recession, the metro area of the gaming capitol lost more value than any other in the 20-City Composite. Nevada’s largest city became a national symbol of a real estate market in tatters.

SALE CLOSINGS DOWN DESPITE HIGH DEMAND

“Closings were down in most of the country last month because interested buyers are being tripped up by supply that remains stuck at a meager level and price growth that’s straining their budget. The demand for buying a home is as strong as it has been since before the Great Recession. Listings in the affordable price range continue to be scooped up rapidly, but the severe housing shortages inflicting many markets are keeping a large segment of would-be buyers on the sidelines… The good news is that sales are still running slightly above last year’s pace despite these persistent market challenges.”-Lawrence Yun, chief economist, National Association of Realtors

In a formerly glutted market, inventory has fallen 31.9% from a year previous, leaving the Southern Nevada market with only two months of inventory. Realtors consider six months’ supply to be a balanced market.

“Our housing supply isn’t necessarily drying up,” says David J. Tina, president of Greater Las Vegas Association of Real tors. “People are still listing their homes for sale. We’re just selling so many homes at such a rapid rate.”

Nationally, another sign of thriving housing market is the relatively small number of delinquencies and foreclosures. In September 2010, 5.1% of all US homes were either in serious delinquency (missing payments for 90 days) or in the foreclosure process, according to Mortgage Bankers Association. In Q1 of 2017, that number had dwindled down to 2.76%.

Despite the robust recovery of home prices and market activity, home ownership continues to fall. The rapid price increases in major markets appears to be at least one factor in that decline: San Francisco, which has enjoyed the largest gain in values since the national index bottomed out in February 2012, currently has the lowest rate of home ownership in the country at 36%, followed by Seattle (46%) and Portland (52%). Nationally, 64% of American households are homeowners.

Clearly, competition and rising prices are driving the lower rates of ownership in these super-heated markets. Each of these cities are epicenters of large-scale job creation. Jobs bring large numbers of newcomers into the market, all competing for the same limited number of homes.

“A larger population combined with more people working leads to higher home prices,” he adds. “The small supply of homes for sale, at only about four months’ worth, is one cause of rising prices.” At the low point of the recession in 2009, the nation had nearly 12 months of supply.

The trend in new-home sales has given confidence to home builders that demand for new single-family homes is robust. This has led to a rise in the supply of new homes this year, although the new-home inventory remains relatively low by historical standards. Home builders can’t ramp up single-family construction fast enough because of a shortage of skilled workers and an increase in development costs, including higher land prices and more burdensome land regulations. -Rodrigo Sermeno, Kiplinger

Where Are the New Homes?

Blitzer also notes, “the number of homes sold annually is 20% less today than in 2006 and the months’ supply is declining, not surging.”

Nowadays, risky mortgages are more heavily regulated and many lenders no longer offer them. And during the long, slow recovery, banks became far more cautious and were careful to confirm the borrower’s actual income and credit history. “Now, credit is hard to get,” says Thornberg.

DELINQUENCIES AT LOWEST POINT SINCE ‘07

The 2% serious delinquency rate in April and May of this year is the lowest since November 2007, when it was also 2%…”Strong employment growth and home price increases have contributed to improved mortgage performance,” said Dr. Frank Nothaft, chief economist for CoreLogic.”Early- stage delinquencies are hovering around 17-year lows, and the current- to-30-day past due transition rate remained low at 0.8%. However, the same positive economic conditions helping performance have also contributed to a lack of affordable supply, creating challenges for homebuyers.”

Those underwriting standards have been so strict, in fact, that some housing experts believe the tough new rules are discouraging some qualified borrowers from seeking home loans. And some economists argue that the rules should be relaxed slightly.

In other words, fewer houses are selling, because fewer are on the market. Fewer sales means a declining number of mortgages, so lenders are having to be more competitive.

So what does all this mean for the ordinary homeowner and homebuyer? The market remains strong. It’s a great time to sell, and still a good time to buy, because some appreciation is likely still left in the current market cycle.

Remember, the best time to buy a home is when you need or want to buy, such as finding a larger home for a growing family. Despite the high level of activity, good values are still available in this market. Give us a call. We’ll help you purchase a home that you can both afford—and love. 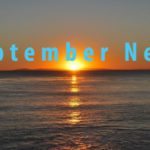