Home sellers like to make their properties look their best. They add fresh paint, repair cracked or water-damaged surfaces, clear out the clutter and weed the flowerbeds. Yet the market value of your home, to some degree, lies outside your control: The perception of your neighborhood and its amenities has a big impact on home prices.

Such amenities can include transit stops, popular merchants, highly rated schools, the reputation of the neighborhood— sometimes even the reputation of the house itself. An excellent elementary school, a nearby transit stop or even a Dunkin’ Donuts outlet within walking distance can make your property seem more attractive. Those attractions may translate into additional value.

At the same time, other factors can have a negative impact on marketability. Sometimes lurking beneath the surface, these factors require the attention of an experienced Realtor to make sure your home is marketed to its best advantage.

The Sound of School Bells

Schools are among the first example that come to mind when buyers and sellers alike talk about neighborhood factors. Unquestionably, a location in a good school district helps sell a home; many people will relocate to newer suburbs or other areas on the strength of the schools alone.

A home address that is close to an elementary school often polishes the apple of home values; young families are understandably eager to locate in neighborhoods where children can walk to school. If located too close to schools, however, neighborhood traffic during drop-off and pick-up hours, can be annoying.

At the same time, many buyers are reluctant to live across the street from middle schools and high schools. These teenager-intensive locations can experience the impact of peak-hour traffic and noise, plus occasional disruptions by young people with more energy than manners,

For all these reasons, one Los Angeles- based Realtor says a location too close to schools can lower home values up to 10%. To help determine the impact of schools on your property value, ask your Realtor for a Comparative Market Analysis (CMA). The CMA shows the price differences between comparable properties in different locations of the same market area.

The presence of an outlet of the popular coffee chain in a neighborhood can add the sense that the area is up- and-coming. This phenomenon has been dubbed, “The Starbucks Effect.”

“Owning a home near a popular retailer like Trader Joe’s, Home Depot and even Dunkin’ Donuts can definitely make your home more attractive to certain buyers. “Homes near Trader Joe’s have increased in value by an average of 40% since purchased,” says a South Florida-based agent in Forbes. “Homes nearby Starbucks and Whole Foods Markets also enjoyed double-digit gains in home value.”

Starbucks, in particular, has been described as having the ability not only to identify good neighborhoods, but to predict which neighborhoods will soon take off and become trendy, according to Quartz Media. Starbucks, it says, “seems to be fueling—not following—those higher home values.”

“True, properties near Starbucks locations tend to start out more expensive. But… these properties appreciate at a faster rate than US housing on the whole.” Star- bucks officials interviewed by Quartz Media said their method of site selection was “as much an art as a science.”

Commuting to work is one of the least popular aspects of modern life. Most people dislike commuting for more than half an hour or so, although many home owners grudgingly accept the responsibility of commuting for much longer times, so they can raise a family in a comfortably-sized home in the suburbs.

Not surprisingly, then, homes located near highway entrances or transit stops often carry a higher price tag than others, according to a paper by Booz-Allen Hamilton, a Mclean, Va-based management consulting firm. Among the research conclusions cited in the paper:

– In Portland, Oregon, homes located within 500 meters of the MAX Eastside light-rail line were worth 10.6% more than comparable homes further from the commuter line.

– In the Bay Area of California, apartment rentals within a quarter-mile of the BART commuter rail were 10%-15% higher than comparable properties in other places.

– In Dade County, Florida, “Higher-priced neighborhoods have experienced great increases in property values near (Miami Metrorail) stations while declining ones have not.” Miami neighborhoods that benefitted from transit adjacency reported up to “5% higher rate of appreciation in real estate sales values compared to the rest of the City of Miami.”

Some qualities about a home don’t easily translate into dollars and cents, yet still have a clear relationship to value. “Pride of ownership” is one such intangible quality. Pride, in this case, means a neighborhood where nearly all the homes are well maintained and nicely landscaped.

“All great neighborhoods have this in common. Pride in ownership is obvious when the residents, whether renters or owners, maintain their homes and care about their neighborhood,” says Forbes magazine.

Also, owner-occupied homes tend to be in better shape than rentals, so good maintenance sends the message that the owner actually lives on the premise and takes pride in its care. In a similar way, good maintenance throughout the neighborhood signals stability and owner occupancy.

Social cohesion and neighborliness also seem to go hand-in-hand with good neighborhoods. A safe and attractive environment is the product of cooperation and some organization to prevent neigh­borhoods from deteriorating. “Neighbors participate to connect and create local groups that bring the residents together for the betterment of the area,” adds Forbes.

The desire for good maintenance and stable home values has led to the rise of Home Owner Associations (HOAs). These are neighborhoods controlled by a set of rules known as “codes, covenants and restrictions.”-HOAs are favored by owners who believe that near-uniformity in the appearance of homes and landscaping, plus strict compliance to a set of rules chosen by residents themselves, are guarantors of home values.

“(National Association of Realtors Chief Economist Lawrence) Yun now forecasts existing-home sales to close out the year at around 5.44 million, which comes in slightly below… the pace set in 2016 (5.45 million). The national median existing-home price this year is expected to increase around 6%. In 2016, existing sales increased 3.8% and prices rose 5.1%.”…Coupled with the temporary effects from Hurricanes Harvey and Irma, sales in 2017 now appear will fall slightly below last year,” says Yun. “The good news is that nearly all of the missed closings for the re­mainder of the year will likely show up in 2018, with existing sales forecast to rise 6.9%.” – Nat’l Assoc, of Realtors

A Belief in the Value of Uniformity

HOA rules are often strict: Home owners must comply with a long list of rules, ranging from prohibitions on changing the paint color of the house, limitations on the way the house can be remodeled on the exterior and limits on the kind of items can be stored in the yard. Large equipment (i.e., boats or inoperable vehicles) and other items that are visible to neighbors are often prohibited.

These rules can prevent neighborhood nuisances, such as garish signs, certain home-based businesses and large trucks or motor homes (RVs) parking on the street. The same rules can prevent your neighbors from doing freakish remodels, or painting their homes bright orange with purple trim.

To many people, these rules are perceived as guarantors of home values, even if those same rules place strict limits on your ability to remodel the exterior of your home (and sometimes even the interior!) Here, the trade-off is a certain loss of freedom to use or modify your property as you see fit, in exchange for uniformity and predictability.

“It was surprising to see a sudden burst of optimism among potential homebuyers in a monthly sentiment survey from Fannie Mae. Housing confidence rose in September to match the all-time high set in June. The main driver: a big jump in the share of current renters surveyed saying now is a good time to buy. In addition, the share of those respondents saying they believed home prices would go up in the next year dropped significantly. This, even though respondents continue to say that the main barrier to entry-level homeownership today is high prices.” -Diana Olick, CNBC

Buyers are understandably concerned about safety, both for their families and their property. Nearly all buyers ask about local crime rates, especially in transitional neighborhoods that are undergoing improvement and gentrification.

“As safety and security are everyone’s concern, crime is a quick way to tell if a neighborhood is improving or not,” says Forbes. “You can usually spot a transitional and improving neighborhood by the improvement or decline in its crime rates.”

People have different tolerances for risk; young urban pioneers are often willing to make a tradeoff between a sketchy neighborhood conditions and lower home prices in areas they believe are destined to improve. Parents of young children, however, may feel less adventurous.

Superstition and folk beliefs also filter into the decision-making process. One example is the supposed magic in street names: Addresses containing street names are often worth more than streets known simply by numbers.

“People typically prefer the street they live on to have a name versus a number,” says Forbes. According to a study by one online brokerage, “street” is the least expensive address suffix, as measured by price per square foot, while “boulevard” is the most expensive.

Number magic is part of a belief system called “numerology,” or the perception that an address in itself is either “lucky” or “unlucky.”

Numerology also comes into play in Feng Shui, the Chinese design philosophy that incorporates some traditional spiritual beliefs. According to Feng Shui, the number 8 is considered lucky, so adding an 8 at the end of a sales price might be good luck. The number 4, however, is considered bad luck.

In America, the number 13 is still considered unlucky, and it’s surprising to find out how many office buildings and hotels mysteriously jump from the 12th to the 14th floor. A recent story in the Wall Street Journal reveals less than 5% of high-rise condo buildings in New York City have a 13th floor. “Why risk alienating buyers who might be superstitious?” says one New York real estate expert.

“Single-family construction rose 1.6% and is up 8.6% in the first eight months of 2017, compared with the same period a year ago. Hurricanes Harvey and Irma will likely negatively affect all starts, as building resources shift to rebuilding and repair efforts in the affected areas. Home builders can’t ramp up construction because of a shortage of skilled workers and an increase in development costs, including higher land prices and more burdensome land regulations.”—Rodrigo Sermeno, Kiplinger’s

One recurring nightmare for both buyers and their Realtors is to buy a home formerly used as a meth lab. A Missouri- based real estate lawyer told realtor.com that his home state requires disclosure that a house had been used as a meth lab.

Buyers are also put off sometimes by the disclosure that someone has died in a home, particularly in cases of homicide. California is among the states that require Realtors to disclose such information, which can be a deal breaker. This information is of wide interest: (One website, DiedinHouse.com, is dedicated to providing such information.)

A study from the University of Technology Sydney, Australia found home prices in Sydney decline by about 4.4% if they’re located within 0.2 miles of a murder scene, for at least one year following the crime.

Home buying Is an Act of Optimism

Happily, home buying is an act of optimism in the future, rather than a dread of the past. Buyers feel encouraged by homes and neighborhoods that express hope, such as those located within walking distance of popular merchants like Trader Joe’s.

Buyers who find their homes in promising circumstances often buy them – and even if the circumstances aren’t perfect, if the buyer needs to move and find a new home…a real estate transaction is sure to follow. Please call if you see a move in your future! 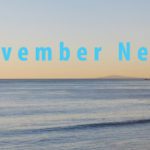 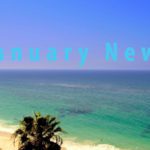